Get to Know JON

1. If you could live anywhere, where would it be and why?

Maui. It is a laid-back lifestyle and has two important things: a beach and palm trees.

2. What is your biggest fear?

I’ve lived long enough and been through enough to honestly say I really don’t have any fears.

3. What really makes you angry?

4. Would you rather ride a bike, ride a horse, or drive a car?

Definitely drive a car. I’ve ridden a horse once in my life. His name was Whitey. Whitey was not good at following commands and we spent a lot of time off the path and in the woods. Looking back, I don’t think I was properly pulling on his reins.

5. If you could only eat one meal for the rest of your life, what would it be?

6. Do you like or dislike surprises? Why or why not?

I do not like changes and surprises throw me off balance.

7. How would your friends describe you?

Unique with a hint of weirdness mixed with kindness and empathy.

8. What is the best gift you have been given?

Several years ago when my kids were young, my wife had them write something for Father’s Day. They used their creativity to come up with a gift. She then had those framed and they still hang in my office today.

1. People who are late. I have always lived by the motto that early is on time and on time is late.

10. Where do you see yourself in five years?

In five years, I would like to be in a position where I can step back from the practice and turn over the reins to Kelly. I’ll never “retire,” but I would like the flexibility to determine how much I do and from where I do it. 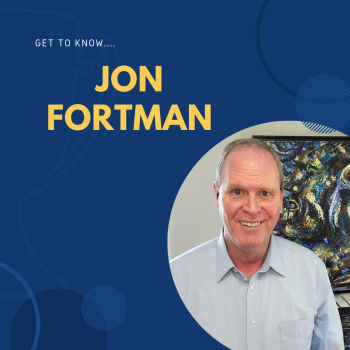